Skip to content
Access Denied
IMPORTANT! If you’re a store owner, please make sure you have Customer accounts enabled in your Store Admin, as you have customer based locks set up with EasyLockdown app. Enable Customer Accounts

Fill up containers with bulbs, ballasts, batteries, or e-waste at your own pace and mail back via prepaid shipping

For larger amounts of bulbs, ballasts, batteries, or e-waste. Trucks come pick up waste at your location for recycling

Questions about recycling in your state? Contact us for more information.

The stringency chart below provides examples of state regulations compared to the EPA regulations.
We strongly recommend that you discuss stringency with your primary state regulatory contact. This information should not be interpreted as definitive legal guidance. This document was produced in June 2004, and we do not guarantee its accuracy after that date, as state policies may change at any time.

Confused about terminology (CESQG, UW, TCLP, etc.)? Refer to this glossary for help. 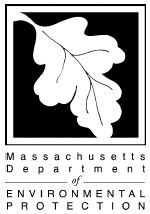 The Mercury Management Act, enacted in 2006, prohibits all items that contain mercury, including low mercury fluorescent lamps, from being thrown in the trash effective May 1, 2008. As of this date, all mercury containing lamps must be recycled or managed as hazardous waste.

Why is mercury a problem?

Mercury is toxic to the human nervous system, kidneys, liver and immune system. When inhaled or ingested, it can cause a range of physical symptoms. Mercury that is released to the environment “bioaccumulates” in fish – that is, it builds up in their tissue over time – making them less healthful or even dangerous to eat. The Massachusetts Department of Public Health (DPH) has advised pregnant women, nursing mothers, women of child bearing age and children under 12 to avoid eating most freshwater fish from Massachusetts lakes, rivers and streams. DPH has also recommended that all Massachusetts residents avoid certain fish from those bodies of water where sampling has revealed a significant mercury problem.

When fluorescent lamps are broken, burned in a waste-to-energy plant, or buried in a landfill, mercury can be released into air. While air pollution equipment at waste-toenergy plants can capture over 90 percent of the mercury released at these facilities, the remainder is released into air, as is most of the mercury released by landfills and by bulbs that are broken in uncontrolled settings.

What are the risks of mercury exposure from handling lamps?

Mercury lamps only pose a hazard when they break. When they are handled properly to minimize breakage, there is little chance of mercury exposure. In fact, an active lamp recycling program can reduce the likelihood of an accidental mercury release by stressing the importance of handling lamps carefully.

Are there specific rules for handling spent and broken lamps?

To minimize the potential for mercury releases from broken fluorescent lamps, the Massachusetts Department of Environmental Protection (MassDEP) requires that all lamps be accumulated, stored, transported and disposed of as hazardous wastes, under the Massachusetts Hazardous Waste Management Act and the federal Resource Conservation and Recovery Act (RCRA).

Fluorescent lamps may be recycled under the streamlined provisions of the Universal Waste Rule (found at 310 CMR 30.1000), which MassDEP adopted to encourage the recycling of products with specific toxic or hazardous constituents. To recycle fluorescent lamps, you must:

• Store unbroken lamps in a box or fiber drum to prevent breakage, and keep that container in a secure, protected area. If possible the storage container should be closed between uses and stored in a ventilated area that is not consistently occupied, in case the lamps break during storage.

• Label the container Universal Waste – Spent Fluorescent Lamps and mark it with the date on which you first began storing the lamps. Fact Sheet: Fluorescent Lamp Management for Businesses & Institutions

• Have these lamps collected by, or delivered to, an authorized lamp recycler, hazardous waste transporter or another universal waste handler within one year of the date marked on the container. If you have broken bulbs, follow the guidance in the next section of this fact sheet.

What do I do if a lamp breaks?

[1] Crushing lamps intentionally is considered treatment of a hazardous waste. Regulations allow generators, in some cases, to treat their own waste without having to get permits or authorization from their states. No one, however, is allowed to treat someone else's hazardous waste without specific authorization and/or permitting from the state. Commercial lamp recyclers treat lamps during the recycling process and are usually considered Destination Facilities subject to permitting.

Sorry, we couldn't find this page.

Added to your cart: